International Women’s Day on 8th March offered a great excuse to reflect on all the women who’ve inspired me throughout my life. While there are hundreds of inspiring women throughout history, I’ve chosen mostly to highlight women who’ve lived during my lifetime and truly impacted my formative years. In no particular order, here are my top 11 inspirational human females:

Oh Frida! Her art and unwavering passion for painting is inspiring in itself. But for me, the real belly-fire comes from her resilience in the face of illness and physical impairment, combined with her ability to love and forgive in the most painful of circumstances. Nothing can break this woman as long as she has her art. For me, it’s one of the most humbling reminders to stay true to you, always. Frida also shows us why you should never give up on your hearts’ desires or seek recognition for your efforts – just get on and do.

Only the fourth female monarch in history, and one of the youngest at her coronation, Victoria was dubbed the Queen of Controversy. Stubborn, outspoken and the breaker of traditions, Victoria was also passionate and totally in love with her husband. They had nine children but she was completely un-maternal. She was the instigator of world changing, fair trade foundations in industry and law and made school free for all children. She also built a formidable empire and under her reign saw the building of my favourite style of residential dwelling; I’d love to travel back in time to this era. She reminds me everyone has their flaws and you don’t have to be perfect to achieve great things.

Born in 1912, my Grandnan (great nan) was one of nine children. One parent died of TB, the other an unknown cause. Her three eldest brothers were killed in WW1, the remaining siblings, still children themselves, went to work, leaving eight-year-old Ruth as the main carer for her five-year-old brother Jim. When she married, it was under the condition Jim came to live with the couple in their marital home. It was agreed and she continued to look after Jim until the day he died at the ripe old age of 74. Some of my earliest memories involve my Grandnan and her short, tight auburn curls, lilac apron and her dated but very well kept house in South Yorkshire. Ruth died in the 90s and everyone remembers my Grandnan as one of the loveliest ladies. Since she’s gone that side of the family disintegrated and I didn’t fully realize her influence in keeping everyone together until then.

Clarissa is the author of the most moving book I’ve ever read, The Women Who Run with the Wolves. The book analyses myths, folk and fairy tales and stories from different cultures to uncover the Wild Woman archetype of the feminine psyche. Drawing on Jungian theories, Clarissa psychoanalyses behaviours both positive and negative that are common in relationships between women and men and women and other women. It is incredibly powerful and helps you analyse your own relationships and behaviours. Not an easy read, I’d often pause to digest what I’d just read with tears running down my face as I thought about my own life, certain toxic relationships and past events. Ultimately it helped me at a very dark time. It was in applying the ‘The Three Gold Hairs’ exercise with the Nourishing the Creative Life chapter that I came up with the idea for The House That Bloggers Built.

Award-winning on-screen performances aside, it was Angelina’s decision to undergo a double mastectomy and hysterectomy that made me double take and look at this woman with new eyes. Such a huge decision, coming from a place of love for her six children, which was purely a preventative measure. I have a lot of respect for that. More recently Angelina’s humanitarian work and using her voice and influence to drive positive change in the area of women’s rights, refugees and education is hugely inspirational and admirable.

From the days of Destiny’s Child through to her incredible solo career, Beyonce’s songs are hugely empowering and have become matras for young women across the world. From the age of 14, Beyonce worked tirelessly on her voice, song writing and dancing and put in years of effort to get to where she is today. Back in 2014, the elevator lift fight between Jay-Z and Solange (Beyonce’s sister) revealed Jay-Z had been unfaithful to his wife and mother of his children. Women across the world were devastated for her and felt she should be true to her lyrics and leave him. Instead she stayed with him and played out her anger through her music and videos, selling millions more records and going through motions any woman who’s been wronged by the man she loves will recognise. Jay-Z grovelled, publicly apologizing through his own music and their relationship continues. Staying together under these circumstances takes hard work, the ability to forgive and let go of the fear of being hurt again. Listening to her music at that time helped me in a similar situation and my admiration for Beyonce is bigger than ever.

Just an ordinary girl from Croydon, at just 31 Sarah has already had a successful music career and over the past couple of years has reinvented herself as an interior stylist, entrepreneur, blogger and influencer. Continuously learning, it seems there’s nothing this girl can’t do. Sarah proves hard work pays off and the value in learning new skills and focusing on continual self-improvement. She’s also a great example of reinvention. If something is no longer working for you, change up and do something else.

Fellow Brightonian Natasha Bailie has been vlogging and blogging since 2016. This year she launched the Mental Mutha website, telling stories of mothers everywhere who have or are currently experiencing mental health issues. Natasha’s mission is to raise awareness and shatter the stigma around mental health. With so many women, in particular mothers suffering in silence, this is a valuable, much-needed, supportive and inspirational resource.

I met Victoria very briefly as Liam and I picked up the keys to her and her late husband’s Nick second home in Polzeath. Nick was Liam’s business mentor from the time they worked together at Sky and Liam always spoke fondly of him. When I was pregnant with Molly, Nick offered us the use of their seaside property for our babymoon. The house was beautifully designed, with gorgeous black and white family photographs of their four children on the walls. On the day Molly was born, we also had news of a terrible accident. The Milligan family were staying at their Cornish home and had been out for the day on a speed boat in Padstow, the family were thrown overboard with Nick and their eldest daughter Emily killed, seriously injuring Victoria and the other children. I remember Liam’s face as he heard the news, sleep deprived and ecstatic at the birth of our daughter but with all the joy instantly ripped out of him. Victoria lost her leg, her eldest child and the love of her life. Her other three children were traumatised and her five-year-old Kit was also in danger of losing a leg. With upmost grace, strength and fortitude, Victoria is surviving unimaginable loss and is now a spokesperson for dealing with grief and life as an amputee and is an inspiration for those suffering similar circumstances.

The BBC Radio 6 DJ, model, TV presenter, author, singer and editor, has so many bows to her string it makes my eyes water. I love listening to her voice on the radio and thoroughly enjoy her music taste and intelligent commentary. The mother of two co-founded The Pool in 2015, an online news, comment and lifestyle platform aimed at women. The site has a strong feminist agenda and is the place to for fast, feminist viewpoints on topical news stories and events. As someone who considers herself a feminist, I find the opinion on stories I previously overlooked refreshing and eye opening. It makes me realise the long way we still have to go to reach equality and the importance of being more vocal and calling out sexism as and when we see it.

Growing up as part of the Primrose Hill set, Zoe considers Pearl and Daisy Lowe, Sadie Frost and Nick Grimshaw among her close friends. However her life hasn’t been easy, she developed a drug and alcohol addiction, eating disorders and has struggled with her mental health. She became homeless with her young son and was sofa surfing with a baby in tow. Zoe hit rock bottom and doesn’t want to think about how things could have turned out before she began creating art, got clean, is now tea total and mediates daily and leads a healthy life. Zoe began taking street signs and painting over them to turn notices such as ‘No Entry’ into ‘Happiness Ahead’. She’d but the road signs and boards back into the street for the public to enjoy and take hope from the messages of positivity as a sign that things will get better. Zoe now also makes neon art for her gallery shows and people’s homes. Each piece she creates spreads messages of hope and positivity. She donates a percentage of her sales to Centrepoint, the homelessness charity for young people and an active ambassador for the charity. I have worked with Zoe on a couple of projects; she’s down to earth and has a magnetism and outlook I adore.

Which women inspire you and why? I’d love to know! Please leave a comment below and share your stories. 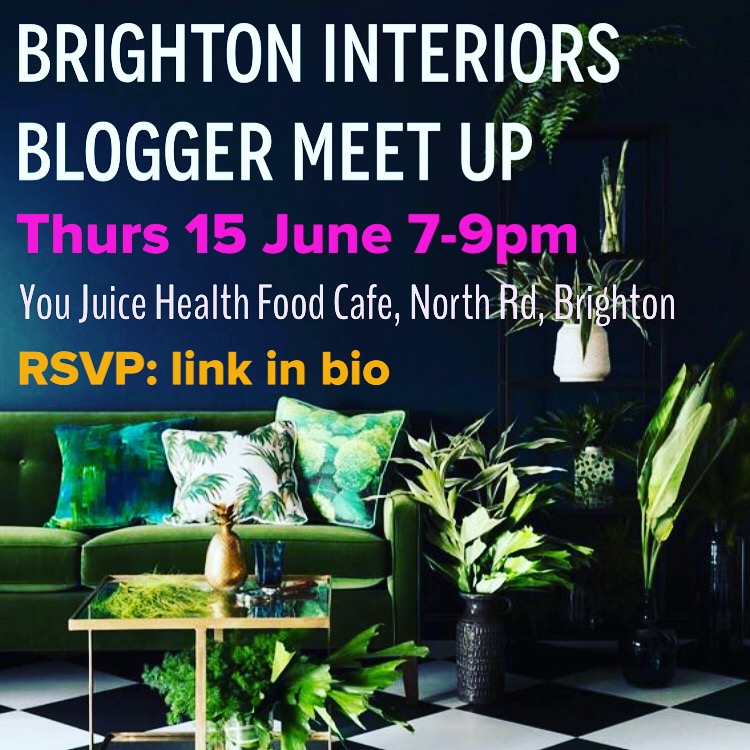 What Mother’s Day and the… 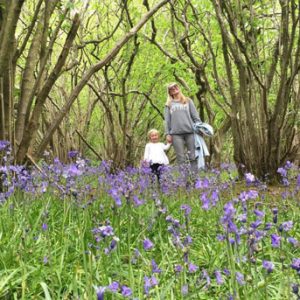